Fouling is an accumulation and formation of unwanted materials on the surface of processing equipment. It is one of the most important problem in heat transfer equipment.

This is an extremely complex phenomenon.

It could be divided on 2 classes

The process of fouling could be:

The fouling is controlled by equilibrium between deposit and removal of foulant. 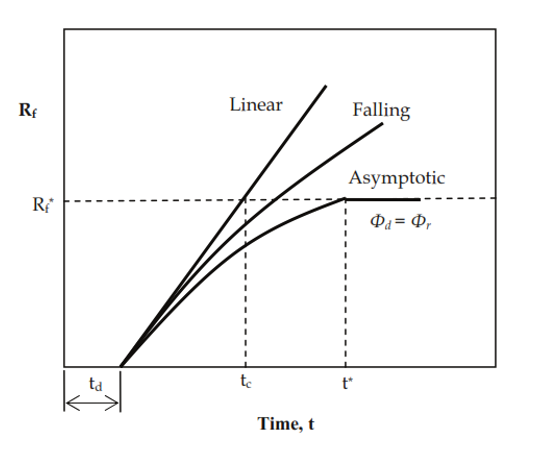 Each type of foulant has different thermal conductivity. 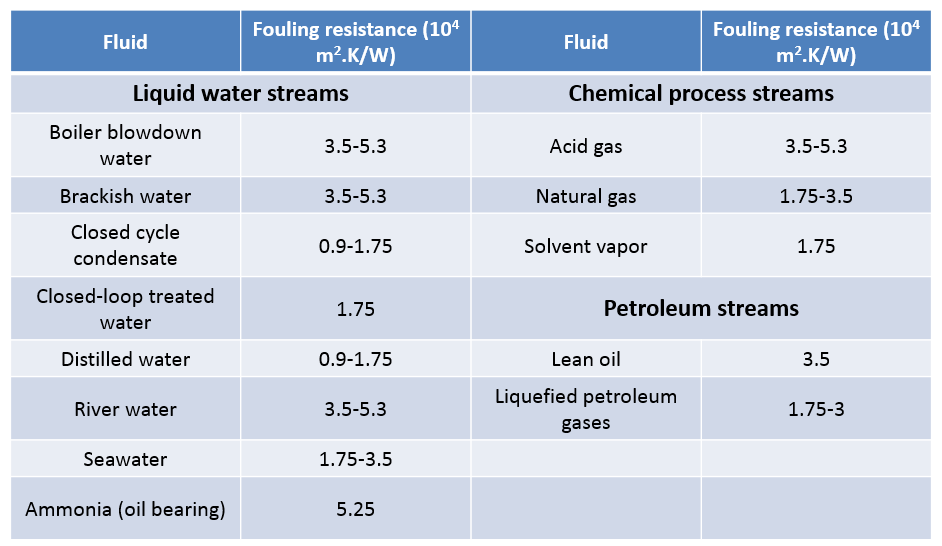 The main parameters on the fouling process are:

Fouling can lead to a corrosion process underneath the fouling layer. That is the reason why equipment designed with lower temperature corrosion resistance than the hot service side can lead to early corrosion and reduce lifetime of equipment.

Here under a comparison of the level of temperature underneath the foulant layer between a clean case graphite and a fouled graphite. Service side with steam heating a media to 140°C on process side. 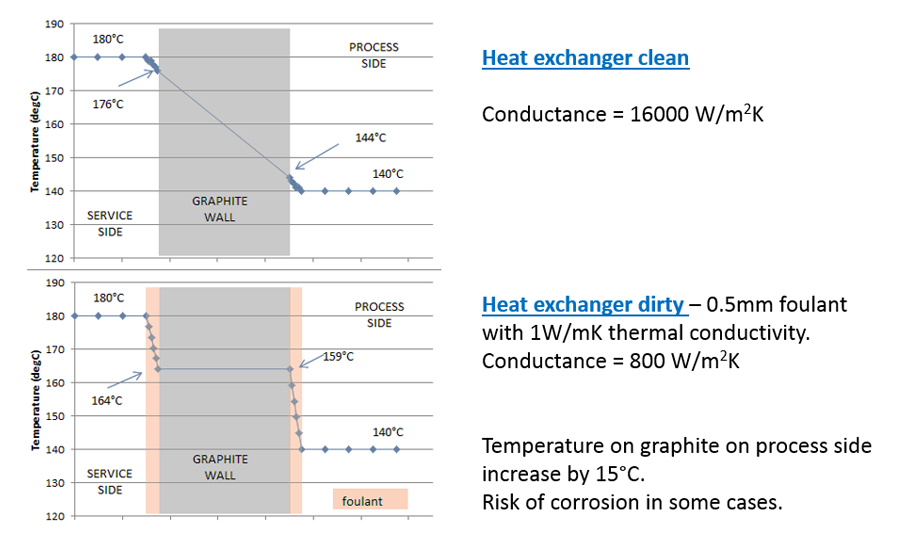 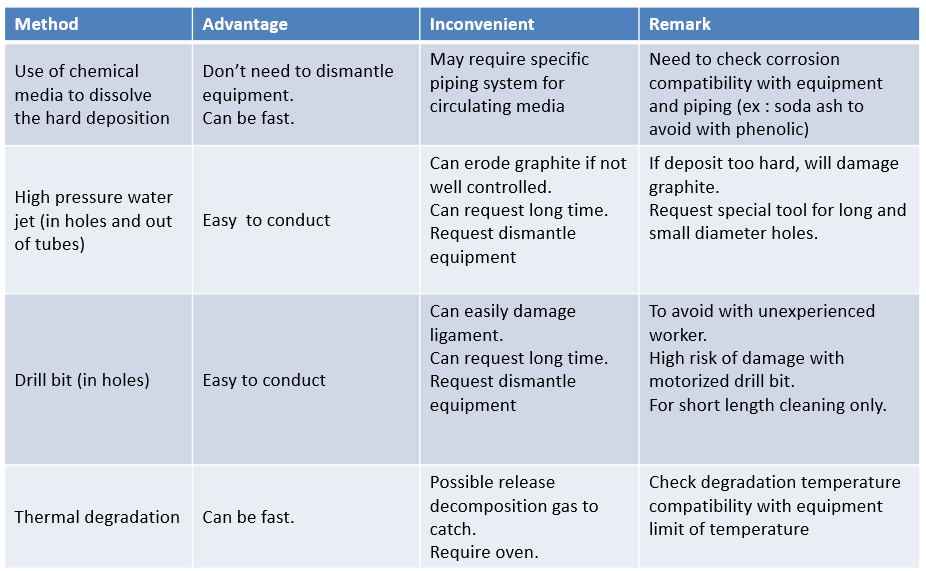 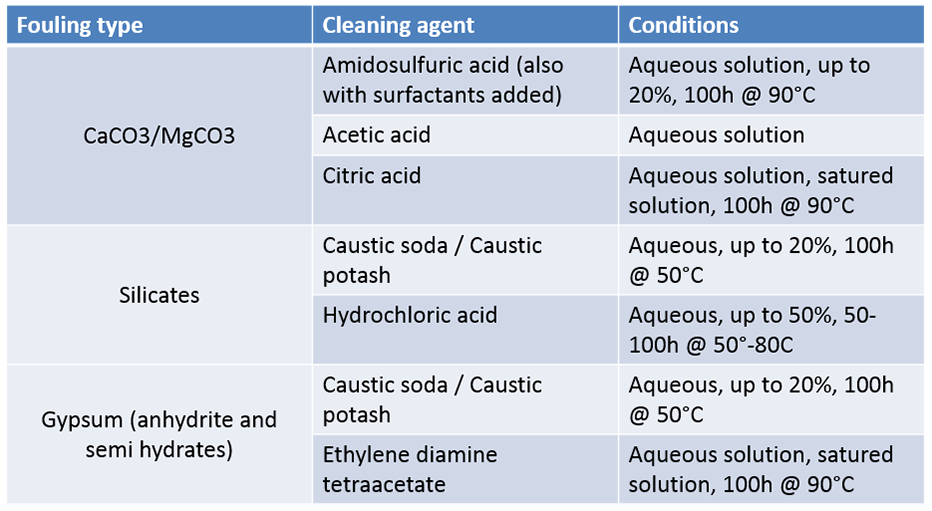 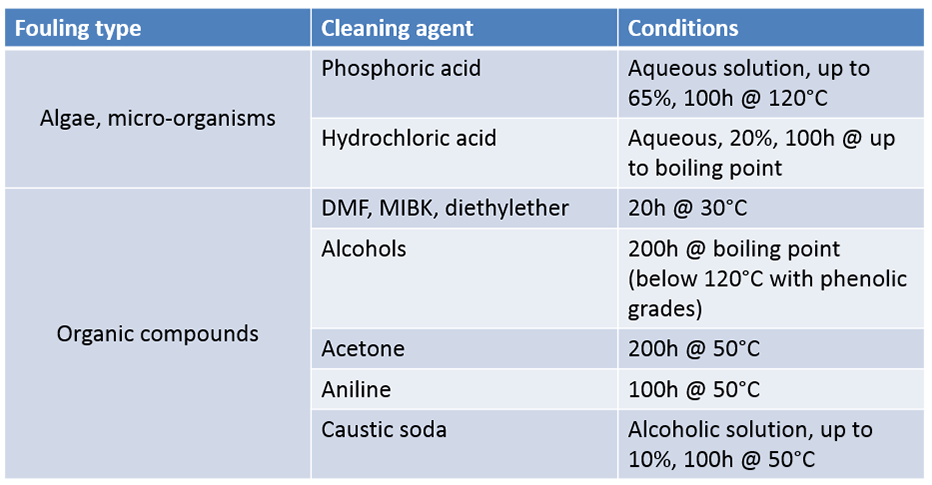 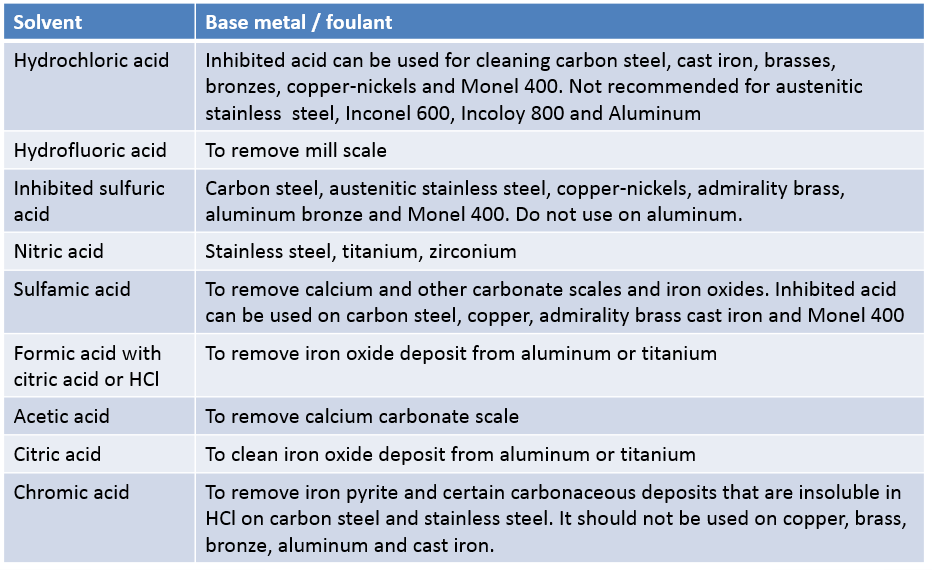